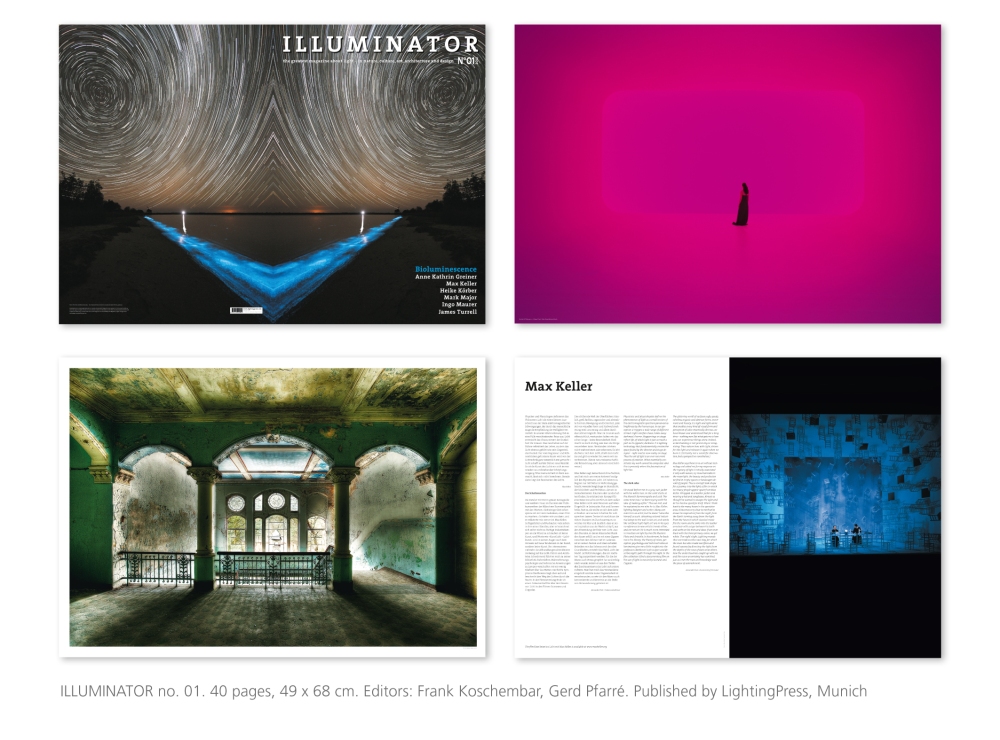 Following the public presentation of ILLUMINATOR No. 1 on October 31, 2012 in “Architekturgalerie” in Munich, a little later the New York Times featured an article entitled “The Big Picture”.

In one shot ILLUMINATOR became a concept and idea familiar to a million NYT readers – and duly found its way into important collections and libraries.

Creating the greatest light magazine in the world was the not-so-modest objective of those behind ILLUMINATOR: Frank Koschembar and Gerd Pfarré. The format alone – nearly 1 meter wide and 68 centimeters high when opened out – made light palpable in print form for the first time ever. “Reading” ILLUMINATOR is more like visiting an exhibition where you can sit back and reflect upon the impressions.